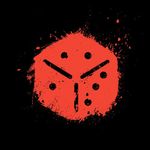 By: Roman
Aug 20, 2022
11 min read
The cheapest Counter-Strike skins are in high demand among players. First, almost any gamer can buy them. Second, items with an exclusive design diversify the gameplay. In our post we'll tell you what cheap knives are the most popular. Have a nice time reading!

The first entry on our list is the Navaja Knife. The price of the Factory New version with the Tiger Tooth pattern starts at 120 $. Many players will find this knife expensive. That may be true, but keep in mind that the cost of CSGO skins increases over time. Perhaps in 5-10 years, the current market price of the skin may seem cheap.

This is a knife with a multi-colored blade and a handle finished in stone. You can buy one copy for 95 $. The item is the best purchase for players who are looking for a bright and creative skin. The Navajo Knife Marble Fade fully meets these requirements.

The Field-Tested version of the Navaja Knife Stained features small spots on a silvery metal surface. Thanks to this feature, the item looks like a weapon that has seen many battles. The knife costs around 70-75 $ and is of average popularity among CSGO players.

There are a lot of Navaja knives in the game. All of them have the same design, but different color schemes. This particular specimen is distinguished by its blue blade. To get the knife in your collection, you need to pay 75 $. Is it worth it? Well, that’s up to you.

The fact that an item belongs to the cheapest knives doesn't mean it's worth a few cents or dollars. The Gut Knife Autotronic is a prime example of this. The price of the Field-Tested version of the weapon starts at 160 $. For comparison, the Battle-Scarred skin costs 140 $ and the Minimal Wear is 180$.

Among CSGO knives, there are many items with a striking design. The Gut Knife Slaughter is definitely one of them. The item attracts attention with its red color and abstract pattern. The weapon looks beautiful and creative, if these words could be used to describe a tool for killing enemies.

It's not the cheapest CSGO knife, but it's definitely not the most expensive either. 85 $ isn't a high price for a fairly rare skin with a solid black finish. However, the Field-Tested version has major paint scuffs. But it costs almost 2.5 times less than the Factory New knife, which sells for 215 $ and higher.

The metal part of the knife is colored purple. Against its background, you can see a large number of white shapes: hearts, arrows, funny little men, etc. The brown handle is made of polished wood. The knife will strike a chord with players who like eye-catching skins.

The name of the knife comes from its ultraviolet handle. The metal part of the weapon is painted black. On its surface, you can see minor abrasions that the Factory New version doesn't have. This is what makes the Field-Tested version of the knife so special.

Looking at the rusty blade of this knife, it seems that the weapon will crumble at the slightest attempt to cut the throat of an enemy. Tools in such a terrible condition are usually sold at the cheapest prices in junk shops. In CSGO, even knives that look unusable are great at killing foes.

The handle and blade of the knife are painted blue. The metal part is additionally decorated with camouflage, which probably indicates the weapon has a military purpose. Actually, there are no other purposes in CSGO. The confrontation between Terrorists and Special Forces doesn't involve peaceful conversations over a cup of coffee in a cozy cafe.

Here's a knife that has been in numerous battles. Its decorative coating is seriously worn. The spider web and bright red paint cover only 2/3 of the blade. The rest of the metal surface casts silver. Due to the design features, this is the cheapest weapon among other types of the Gut Knives with the Crimson Web pattern.

The Gut Knife Night is black as a panther that sneaks up on its prey. The dark monochromatic coating is the main feature of the weapon. Note that the Factory New version with the StatTrak option is much more expensive than the basic Minimal Wear one. The price of this rare skin is approximately 800 $.

The silvery surface of the Stiletto Knife blade is covered with a wavy pattern. The dark smooth handle perfectly complements the metal components. The skin will be appreciated by CSGO players who prefer simple and functional war tools.

A lot of players prefer knives with a plain design. If you are one of those gamers, you'll definitely like this version of the Stiletto Knife. The weapon is painted in only 2 colors. While the ultraviolet covers the handle, the black is used for the blade and guard.

Don't be fooled by worn Counter-Strike knives. They do their job just as well as a brand new weapon. The Stiletto Knife Scorched is proof of that. Killing enemies with it can be just as effective as a rare dagger or karambit.

The knife has a gray finish and a partially serrated blade. There's an oval imprint in the center of the handle, and a small round hole in its lower part. Similar knives may not boast of outstanding design, but cost no less than the weapon decorated with handmade paint marks. 130 $ for the Field-Tested version is a strong argument in favor of the value of the skin

If you want to get a camo knife, this skin is worth adding to your collection. The camouflaged blade of the weapon is complemented by an ergonomic and slightly curved handle. The Flip Knife Bright Water is moderately popular with players and available in both versions of the Gamma Cases.

The Flip Knife Blue Steel is a true veteran's weapon! The worn handle and blackened blade hint that this war tool has been in bloody battles. We're sure the knife will serve you well. Just buy it for 160 $ or get from one of the eleven cases.

The Flip Knife Stained is a great skin for players and collectors who prefer vintage and time-tested weapons. The heavily worn handle and dark stains on the blade indicate that this war tool has seen plenty of action in the past. No doubt, the knife was regularly used to kill enemies and is ready to serve for many more years.

The Huntsman Knife Boreal Forest has a camo blade and a handle with special finger grooves. In theory, the camouflage should mask the weapon when used among trees. In practice, this is another deadly knife that lots of players would like to have in their collections.

The Huntsman Knife Urban Masked is suitable for experienced soldiers who value a reliable weapon. A feature of its design is the large stain that covers most of the blade. Although the knife has been in dozens of dangerous battles, this fact hasn’t affected its capabilities. The war tool is still suitable for quickly and ruthlessly killing enemies.

When you buy the Shadow Daggers Rust Coat, instead of one knife, you get 2 items at once. As for the design, the metal surface of the war tools is covered with rust. On the handles you can see the image of a chess rook. Each knife has a sharp blade that easily damages the bodies of enemies in the midst of cruel battles.

The Bowie Knife Boreal Forest stainless blade shows the remnants of camouflage. The skull of a horned animal can be found on its lower part. The handle of the knife is green and worn. If you purchase this weapon, you'll see for yourself its deadly power.

Are you looking for a cheap knife to add to your collection? Win it on PLG.BET! We offer the best Counter-Strike weapons that you can purchase at a bargain price. Our site also has a wide range of gambling games, including CSGO DICE, CRASH and COINFLIP. If you like to bet on cybersports events, be sure to use our betting service. We wish you good luck and big wins!
CSGO Skins